WWF charity officials have managed to capture these amazing images of the Javan Rhino, an animal so rare that there are ZERO in captivity! The beautiful creatures were filmed by WWF motion activated cameras in the rain forests of the South Eastern Asian island, giving new hope that they can be saved from extinction.

WWF charity officials have regretfully confirmed the death of Namo Buddha – Nepal’s first GPS tagged tiger. An enquiry is now being undertaken by the Department of National Parks and Wildlife Conservation (DNPWC), who believe that poison laced cow flesh was to blame, poisoned by poachers. Close to the last known whereabouts of Namo lay the charred remains of GPS system used to track the tigers movements, alongside the dismembered cow carcass.

Amazing WWF Images of Tigress and Cubs in Indonesia

These amazing images below show a Sumatran Tigress and her cubs playing together in the Bukit Tigapuluh forest on Indonesia, an area that is due to be cleared by loggers. The pictures, caught by a WWF concealed camera, show that this area must not be harmed whilst one of the world’s most endangered animals is still using it as habitat. 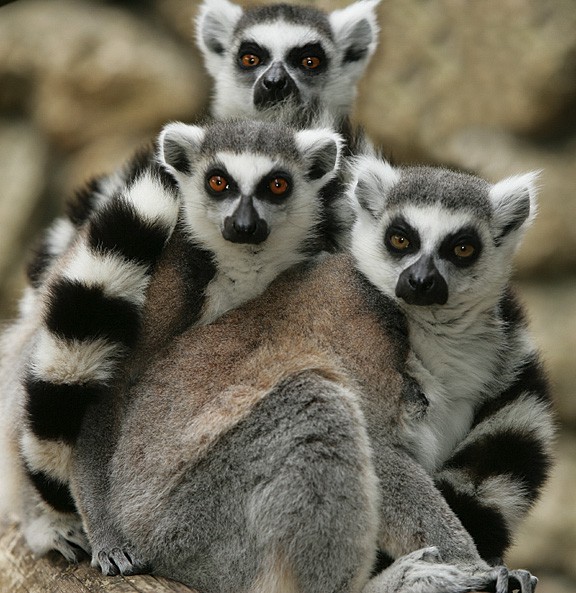 WWF officials are voicing their concerns as the political deadlock in Madagascar may threaten the unique animals found on the island. More than 600 new species have been discovered there since 1999, but many of these animals are now under threat, mostly due to the deforestation of their habitat. In 2009, a 34 year old disc jockey seized power with the army’s backing. 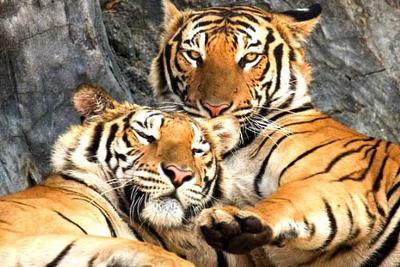 WWF Delight in Rise in Numbers of Tigers in Thailand Jungles

WWF UK officials are over the moon after the discover of a wild tiger population living in an area of Thap Lan national park in Thailand. Over the past two years the area, previously written off by wildlife experts, has seen rangers gathering evidence using hidden cameras that suggest their may be more tigers here alone than China!

A tiger census in India which for the first time surveyed the entire country suggests that the population of wild tigers has risen by 20 per cent. The previous census of the tiger population in 2007 pegged the number of wild tigers at just 1,411, the latest census shows that number to have grown to 1,706.Despite the increase in numbers officials remain concerned that the amount of territory tigers have to roam is falling. Officially, India has over 45,000 square kilometres of forest area to roam in, spread across 39 designated tiger reserves. 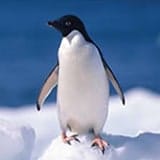 Support the Adelie Penguins with WWF

With the current abuse of their habitat, there is a strong possibility that 75% of all Adelie penguin colonies could be facing extinction in the coming years. But now you can make a massive difference to their plight by providing WWF charity officials with much needed funds through their sponsor a penguin initiative.

WWF charity officials are urging world leaders to keep their promise to help preserve the world’s remaining tiger population before it is too late. With the Chinese Year of the Tiger ending today, now is the perfect time for the historic Global Tiger Recovery Programme (GTRP) to lead us into a brave new world of conservation. The International Tiger Forum, held in November in St. Petersburg, Russia, was the first ever international summit to help wild tigers, with goals now set to double their number in the wild by 2022.