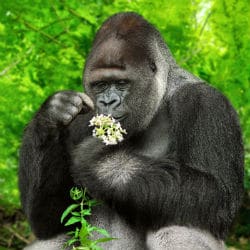 WWF charity officials have co-written a new paper which claims that polar bear cubs are more at risk now than ever due to sea ice loss from climate change. The bears are now having to swim much longer distances to find stable ice and food, which is causing a greater risk to cubs.

Check out this amazing video footage of these Amur leopards filmed by WWF charity officials in Russia’s Primorsky Province, which is located between the Sea of Japan and the Chinese border. The area is now home to 12 of these beautiful big cats, which is a 50% rise over the past 5 years, fantastic news!

Help Save the Sumatran Tiger with WWF

WWF charity officials are asking you to sign their petition to urge the government of Indonesia to stop the destruction of tiger habitat in Sumatra. The damage, caused by the logging of forest landscape in the Jambi and Riau provinces, is one of the most important habitats of the endangered Sumatran tiger. Hidden cameras planted by the WWF have picked up sightings of up to 12 tigers in this are in the last two months alone. This area is now on the brink of being cleared by pulp and paper companies and illegal palm oil growers.

WWF charity officials are becoming more concerned about the safety of endangered polar bears, as a new study shows that polar bear litters are decreasing in size. The main reason behind this is due to the decline in sea ice through global warming, putting the polar bear population in serious jeopardy.