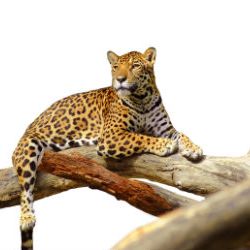 The supreme court in Argentina has been petitioned to recognise legal rights of the South American jaguar. It is estimated that there are less than 20 individuals left in Argentina’s Gran Chaco region. The species is the largest feline across the Americas and used to roam as far north as the Grand Canyon. Unfortunately, its numbers have declined dramatically across the entire Western hemisphere. In Argentina the jaguar has been driven to virtual extinction as a result of habitat destruction.

Habitat has been cleared to make way for cattle ranches and soy plantations. The National Parks Administration of Argentina has estimated there are less than 250 jaguars in Argentina with fewer than 20 roaming the forest in Gran Chaco. That forest, over the last 35 years has lost almost 2 million hectares which is an area larger in size than Denmark.

Lawyers representing Greenpeace Argentina filed a petition in the country’s Supreme Court, that the state should recognise the rights of the entire species. The argument advanced is one where if the legal rights of inanimate corporations have legal recognition, why then should the legal rights of a natural species that is alive also not be recognised.

There is legal precedent for this. In 2016 Aregentina’s courts recognised a 29-year-old Sumatran orangutan at Buenos Aires Zoo named Sandra and confirmed her status as a “non-human person.” Greenpeace Argentina is now arguing for a similar status to be conferred for the remaining jaguars roaming the Gran Chaco. The organisation says it also now wants recognition for the entire species.

The case has been filed against four provinces in Northern Argentina where deforestation has raged since genetically modified soy was introduced twenty years ago. The country’s economy depends heavily on soybeans which constitute almost a third of its entire exports. There is a forestry law that divides the forests of Argentina into three categories, one of which does not allow deforestation, a second which allows mixed use and a third that can be deforested.

Despite those regulations provincial officials offer incentives for soy production and livestock rearing by handing out illegal permits to large landowners. This has resulted red areas being transformed into green areas that have been deforested. The lawsuit filed by Greenpeace demands that the Argentinian controlled portion of Gran Chaco is given zero deforestation status. A Greenpeace spokesperson said that natural species have rights and recognition of those rights is he right step to take for humanity.