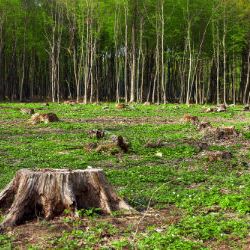 WWF has pulled off a coup and roped in retail giant Tesco to partner with it over four years in order to deal with one of the biggest reasons behind the loss of wildlife. The global food supply chain. Despite Tesco being a listed corporation and WWF being a conservation group, both organisations share a common goal which is to make affordable, healthy and sustainable food available to all.

Human activity has had a devastating impact on nature

WWF’s Living Planet Report which was published recently showed that wildlife populations have tanked by an average of 60 per cent since 1970. That has been caused by green house gas emissions, deforestation, and human activity all of which have had a devastating impact on nature. This impact has been so significant, the very survival of the human species is at risk.

Food production is the cause of deforestation

An enormous amount of environmental damage is the result of the way humans produce and consume food as well as how waste is disposed of. All over the world, forests have been cleared to raise livestock for meat and dairy consumption. Forests have also given way to farms to feed an increasing number of domesticated animals. Food production is the single biggest emitter of greenhouse gasses, eclipsing all the world’s cars, trucks, trains and planes combined.

A little over a year ago, Tesco published its Little Helps Plan where it made a commitment to its customers,  communities and the environment to eliminate deforestation from Tesco products by 2020. Tesco says its products will also use fully recyclable and compostable products by 2025. WWF is supporting Tesco in these efforts though its partnership and will help speed up the retailers progress towards meeting its environmental goals by focusing on three key areas

WWF will be encouraging customers of Tesco to make more sustainable food choices by showing them it is not a binary decision between deliciousness and environmental friendliness. WWF will help Tesco transform its own product range so that what is one the shelves is both affordable and better for the planet.

WWF thinks it is very doable for farms to produce enough healthy food and sustain farmers jobs whilst also protecting and restoring the natural resources that farms depend on. WWF and Tesco will support the British agricultural industry so that farmers will work in harmony with nature. WWF will also try and eliminate deforestation from Tesco products and ingredients that originate from outside of the country. This includes soy, palm, timber and cattle. WWF will provide Tesco with the support it needs to complete its journey to becoming a 100% certified responsible seafood products retailer.

Most people are unaware of the shocking fact that almost a third of the food fit for human consumption never reaches the tables of British households and every household bins an average of £470 of perfectly good food every year. Aside from this wasted food there is also massive amounts of plastic pollution dirtying the oceans with waste placing enormous strain on the environment. WWF with Tesco will eliminate food and packaging waste.

Initially Tesco customers will not notice very much has changed, however WWF will be working with the retailer behind the scenes to develop an understanding of the environmental impact of key foods and ingredients. Once this has been understood Tesco will have the goal of reducing this impact by 50 per cent whilst ensuring that prices remain affordable. By showing Tesco what is possible WWF hopes it will serve as an inspiration for change globally.